I was running some errands Saturday morning and stumbled onto this scene. I have no idea what was going on.

You’d think that after living here for over a decade, that I wouldn’t be taken aback by running into people in full blown Bavarian regalia in broad daylight in the middle of the street, but it does. Fortunately this was right in front of Marienplatz, so I looked like a tourist and along with the rest of them took pictures with abandon, which I’m usually to shy (or scared of getting yelled at) to do. 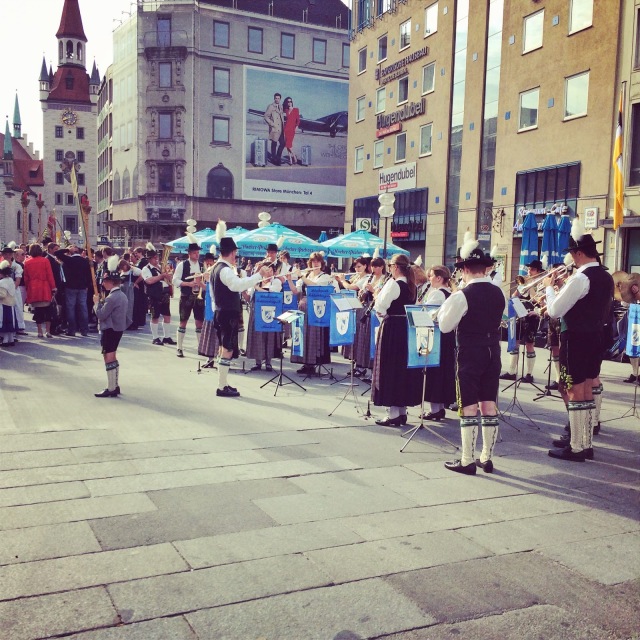 There was lots of music going on, and it seem like some sort of ‘Gathering of the Tribes’ for oompah music. If anyone knows what it was all about, let me know in the comments!

One thought on “Just a Typical Saturday Morning”