A little over two years ago, I wrote about my frustration with the lack of co-working options in Munich. That led to this and then to my attempting to form a group of my own to perhaps found one.

Luckily, I didn’t have to do that. Last summer I met some fellow freelancers at the HUB. It was still in it’s ramping-up phase but seemed promising. I liked the vibe.

When I first arrived, Caspar greeted me, unlike other spaces I visited where I walked in and saw no one, and spoke to no one. He was super friendly, almost insistent about giving me a short tour and clearly passionate about the fledgling space. 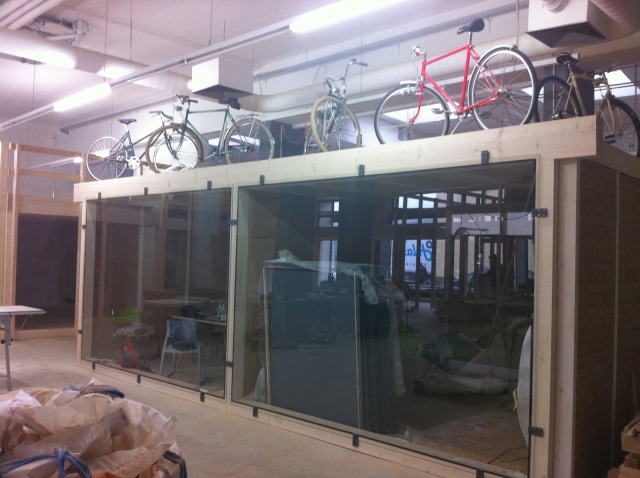 Earlier this year, one of the freelancers at the meet-up told me she was joining the HUB, starting with the ‘Exploration Tarife’. I decided to join too.

It’s only been two weeks, but so far I love it. I like the people I’ve met, the laid back atmosphere, and they’re doing a lot of really exciting things with the renovation which will be complete in March.

Funnily enough, Caspar was a fellow speaker at today’s IXDS Pre-Work Talk (which by the way, was incredibly fun, you should totally start going) and he was so herzlich and cool, that it made me even happier that I’ve not only joined a co-working space, but feel I’m becoming part of a community.

I briefly mentioned it in this post (see point #7 in this post) as being the best option for co-working in Munich, and I was right!

Perhaps I’ll see you there one of these days…